Hiring Executives: Focus on the Steak - not the Sizzle 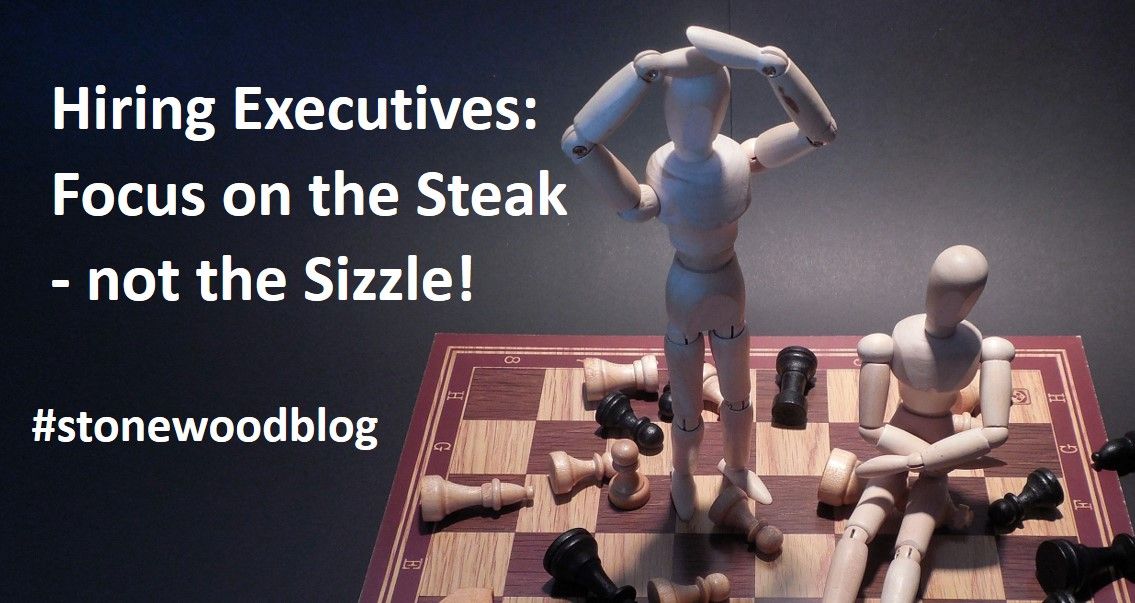 If asked the relative wisdom of hiring an executive who is all steak or all sizzle, most people will cry false choice, arguing that the answer lies somewhere in the middle where sizzle and steak live gloriously together.

In our experience however, sizzle often dominates hiring decisions to the detriment of the company seduced by its allure. The reasons are easy enough to understand. We rely on subjective interviewing techniques, are too lazy or lack the skills to dive deep into candidates’ experience and skills, and we are prone to coming to quick, unsubstantiated, biased conclusions. This means that more attractive, eloquent, tall and let’s say ‘slick’ candidates from brand-named employers tend to be favored.

It is not coincidental that the percentage of CEOs and politicians that are tall and good looking far exceeds the normal distribution of such attributes in a population. Attractive people are perceived as smarter, better performers, receive more promotions and earn more compensation. Every inch of height over 5’9” can also be directly translated into compensation increases over the life of a career. The only area where attractive works as a disadvantage is where companies seek to fill particularly unattractive roles. Research shows that the beautiful tend to lose out on those jobs as companies fear such candidates will be unfulfilled in such roles (ie. they are too good).

We regularly see truly outstanding candidates passed over because the hiring company believes they lack sizzle. The issue may be some element of physical appearance, or a high analytic personality or introversion or it may be a perceived lack of ‘charisma’ which is confused with leadership.

The problem is that judgments are immediately set. Rather than probing to better understand how low-sizzle candidates lead, how they have built their careers, their approach to solving problems, growing companies etc etc, the hiring companies reflexively dismiss them. When asked to explain, clients will typically say that the candidate did not ‘wow’ them, or that they have concerns around ‘fit’ or ‘leadership’ skills.

One of my favorite candidates of all time was an individual who had been the COO of a very successful technology company. While the firm’s CEO was the charismatic face of the company this individual made the machine run. When the firm was sold, the COO departed and sought to find a CEO role as his next step. He had an outstanding track record, a great strategic mind and the ability to execute and lead. But he was decidedly ‘frumpy’ in appearance and low-keyed. No one would hire him. Finally, one of the VCs had a truly ‘ugly’ business in their portfolio that they threw his way, assuming that they had little left to lose. He proved to be outstanding in the role, turned the company around, sold it and then became CEO of the US-based firm that acquired them. He then grew that for years before retiring a few years ago.

I suspect Apple’s Tim Cook is a similar type of individual. An introverted, highly analytical supply chain guru, he was the individual who got things done under the larger-than-life Steven Jobs. I am sure many wondered whether he had the right stuff to take over from Mr. Jobs and it is unclear whether he would have been given the chance had he not been anointed by Mr. Jobs himself as his successor. Few likely question the decision today.

Like I said, focus on the steak, not the sizzle.