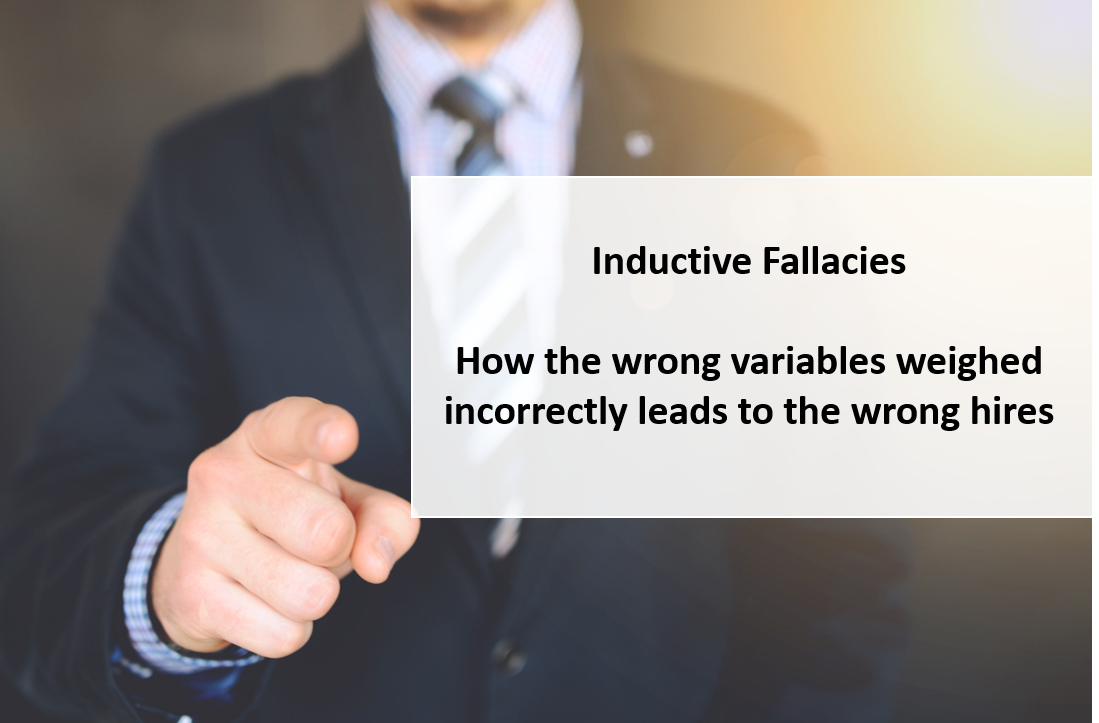 I was speaking yesterday with the CEO of an early stage technology company targeting the very active IoT market. The individual in question was kindly educating me on where I might find a CEO with very experience related to his field.

At one point in the conversation the CEO mentioned that his own firm was looking for a Vice-President of Sales. He explained that while his company was small, its total addressable market was quite substantive centering around major multi-national industrial concerns. He described his ideal VP of Sales as someone with the sophistication, gravitas and experience to navigate and be credible to these big companies while also being able to build and manage a sales organization. He also noted the importance of product and market knowledge as well as key customer relationships.

Having identified and weighed the various factors he considered important, the CEO asked if I might refer any potential sales directors/VPs from firms such as GE, SAP, Siemens, PTC and ABB. Executives from these and similar companies, he reasoned, would all have the appropriate sophistication and market relationships that could be leveraged by his embryonic firm, and would have experience selling similar products to large, complex multinationals.

While the CEO’s reasoning seems, on the surface, to be sound, the odds are that IF he is able to somehow attract a candidate from one of these companies as his VP Sales, they will flail and fail. This is because he neglected to incorporate other equally, dare I say more important, considerations into his analysis. Small entrepreneurial companies are fundamentally different life forms than large companies. They are scrappy, free-flowing, experimental, bobbing and weaving, immature, street fighting environments. Such firms are also usually lead by an entrepreneur, which as a variable, is rarely incidental (if you don’t know what I mean, stay away). When hiring into such environments, one improves the odds of a successful hire by finding candidates who have thrived in similar environments in the past. One mitigates risk by finding candidates who have successfully navigated similar journeys, have the scars to prove it AND who have the motivation and energy to do it again.

It also bears noting that a firm’s ‘first’ VP of Sales is usually its best sales person. They lead from the front and are involved in every client interaction. They thrive with ambiguity and boast the ability to make something from very little. They may have only a few referenceable accounts to work with and little or no currency in their brand but that is all they need.... they take it from there. They are versatile business developers.  They may effectively build and manage small teams, but it is not necessarily what they do best. To be clear, many of these early stage VPs of Sales don’t scale as the company scales (requiring more processes and systems by which to manage and measure), but let’s face it, there is nothing to scale without this type of leader as your first VP of Sales. And don’t underestimate the importance of ‘where’ such a resource is domiciled.  The start-up graveyards are filled with companies who thought they had the maturity of process and communications to deal with a remotely based VP Sales....by the time they realized that they did not, the game was over. Most start-ups, especially those lead by first time CEOs, should keep their key resources close by...no fly-ins.

Executives from firms such as GE and Siemens are professionals, well skilled and trained. But they usually excel in large, complex, professionally managed companies. They are professional boxers, not street fighters. The ‘GE Way’ is not the start-up way. They don’t ‘get’ founders or how to work with them. Rather than be seduced by the allure of such pedigreed executives, start-ups should break down their growth plans into chunks. Rather than hire executives from the large businesses they dream to someday become, start-ups should hire executives with proven skills in growing business like theirs from where they are today to perhaps two or at most three steps beyond. While this may force companies to revisit whether they have the right people in the right chairs a few years from now, it will tremendously improve the odds of being able to make that call from the position of being two to three steps ahead of where they are today.